SkateFest came to Ice Vault Arena in Wayne, NJ on December 10.  So did a big snow storm.  But it could not chill the excitement everyone, Basic Skills and more advanced skaters, staff and coaches, felt watching Olympic champions up close.  Practicing for the next day’s “Tribute to American Legends of the Ice” show were Olympic champions, National champions, and Olympic hopefuls.  Looking forward to watching them, an adult enthused, “Now we’ll see some edges!”  Our young skaters got to see the work ethic of Brian Boitano, the beauty of Roslyn Sumner, the energy of Nancy Kerrigan.  Other legendary skaters were there, too.

After the Olympians finished practicing, we held SkateFest classes divided by level.  It was thrilling when eight different National champions visited, observed, and even offered some tips to skaters in each of the classes.  For the coaches, it was special to share the ice with these people who help make skating so exciting.  In fact, who did Adam Rippon, US Silver Medalist, see at Ice Vault at SkateFest?  His first coach!  This was a testament to the merit of the figure skating programs held in ice arenas throughout our country.  You never know where your hard work will take you.  Thank you to Ben Agosto, Brian Boitano, Kitty & Peter Carruthers, Linda Fratianne, Nancy Kerrigan, Rosalynn Sumners, Paul Wylie, as well as to Marissa Castelli & Simon Shnapir, Madison Chock & Evan Bates, Alissa Czisny, Gracie Gold, Adam Rippon, and Agnes Zawadzki.  The Skating School Director, Karen Cohen-Prosnitz, said with emotion in her voice, “I would do SkateFest again in a heartbeat.”   But the best way to sum up the event is to report what one young man who has been skating since age seven said: “This was the best day of my life!”

One of 2 terrific groups at Skatefest! 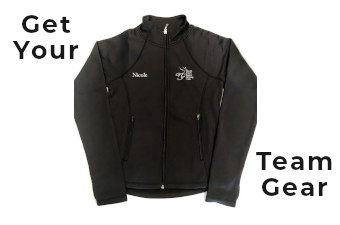